I started playing drums when I was 13 years old because my neighbor had a drum set and he let me play it. At that time, I thought that hitting stuff and making loud noises was the greatest way to spend my time. Since then, I studied for several years in my hometown, Cuernavaca, Mexico, and then for a short time in Mexico City before moving to Hollywood to attend Musicians Institute (M.I.). At M.I., I earned my Bachelor of Music in Performance of Contemporary Styles.

Since I moved to Los Angeles, I’ve had the pleasure of being involved in many different projects that have been fulfilling for the music nerd that lives inside me. Amongst others, I currently play for guitar player Nili Brosh and I toured nationally and internationally with guitar player Felix Martin. I can also be heard playing drums on the tracks for the book “Advanced Rhythmic Concepts for Guitar” by Jan Rivera.

As an educator, I wrote a series of six beginning drum books published by Violet Anamnesis Publications called “Beginner Series: Drums Method”. I taught as a private tutor at M.I., taught at Cornel School of Contemporary Music, and I currently teach at Modern Music School in Pasadena. I also teach privately out of my own home studio. My most recent book, “Advanced Drumming Coordination – A Comprehensive Guide to Four-Way Independence”, is what I consider to be my biggest contribution to the drumming world yet. 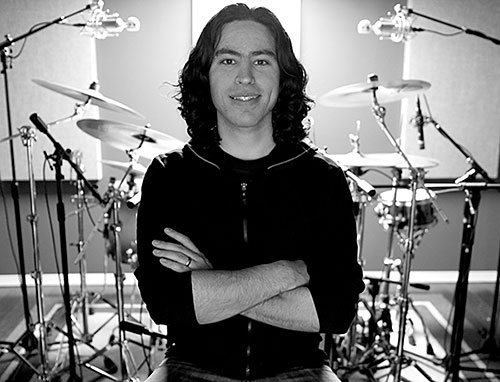